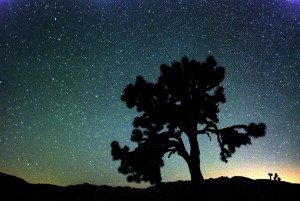 Hello and welcome back to Threshold Shift. I am your host, Nicole Martin, and tonight's show is an 50th anniversary card to KBOO. It is also in memory of Mr. Richard Francis, the founder of KBOO's A Different Nature still being curated and broadcast by the Different Nature Collective since his passing in 2009. Back in 1998 Mr. Francis and some of KBOO's engineers decided they wanted to do something a little different for Earth Day. The station put together and aired a 24-hour special devoted to the sounds of the earth. This meant no human voices on the air during the show...no ads, no DJ intros, no station call numbers...for twenty-four hours. Twenty years later it is almost impossible to imagine such a feat happening on a radio station today, which is why we are celebrating it with tonight's broadcast. The party will keep going into the fall as well since I have the pleasure to officially announce that for the first time Threshold Shift and KBOO are partnering with OMSI to celebrate this sonic environmental legacy with a soundscape night in the planetarium on October 9. This event will feature immersive surround sound mixes from a Different Nature Collective and Threshold Shift submitters Bill McQuay, Ben Mirin, Jacob Job, and more.

When I embarked on the Threshold Shift project, the concept similarity to the pioneering and award-winning Earth Day broadcasts was something that people around KBOO found the most exciting. The original 1998 masters are still on Super VHS, but the station did another Earth Day twelve-hour broadcast in 2004, which is what you'll be hearing or re-hearing selections from tonight. Both were live and DJ'd which means the soundscapes became remixed, overlayed, and abstracted in ways we have yet to explore on Threshold Shift—nature a la musique concrete. I was told no notes from these broadcasts survive so the true track list exists only in memory, the components of the mixes are as ephemeral as the species and places in the field recordings themselves. Without further ado, let's hop into the way back to the future for the evening with A Different Nature's 2004 Earth Day broadcast...done in the original order from this time slot fourteen years ago onward, in the original fashion: no more DJ voices, no interruptions, no notes. Enjoy.

Recording: A Different Nature 2004 Earth Day 12 AM-6 AM. Originally broadcast April 22, 2004 on KBOO 90.7 FM.  Many engineers and artists contributed to this broadcast, including Richard Francis, Daniel Flessas from The Outside World, and many of the current Different Nature collective members:  Alejandro Ceballos, Andy Hosch, Becky Meiers, Rolf Semprebon, Danielle Parks, Kathy F, Dr. Zomb, Rich, and Chris Merrick. Many thanks again to Richard Francis--one of the original founders, impresarios, and ringleaders of KBOO's earth audio efforts.

Again we just listened to the midnight to 6 AM segment of A Different Nature Collective's 12-hour Earth Day Broadcast from April 22, 2004. Thank you to Dr. Zomb, de facto archivist, for preserving the recordings and allowing me to digitize and access them. Thank you to A Different Nature Collective and KBOO for giving me the go ahead to rebroadcast. A special thank you to Erin and Devin for handling the boards while I was away. And thank you to OMSI, ahead of time, for collaborating with Threshold Shift and KBOO on some truly fun events this summer. Stay tuned and join us in the planetarium August 29th for OMSI After Dark: Good Vibrations. We'll be exploring nature's music under the stars at 8pm. Join us again on air Sept. 29th for some new field material from Panama with Bill McQuay, and keep your ears and eyes peeled for information on how to get tickets to Threshold Shift's KBOO-OMSI planetarium take over on October 9th where you'll get a chance to meet and speak with several of our contributors, including members of A Different Nature Collective. Until next time, thank you as always for listening. This has been another episode of Threshold Shift. Where we give the mic to nature and amplify Earth.