I don't steal the air I breathe 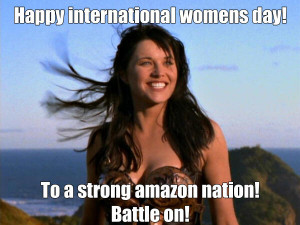 "Elizabeth Cady : Forever reminding me : I don't steal the air I breathe" (from the lyrics of the Distillers'"Seneca Falls")

Elizabeth Cady Stanton (November 12, 1815 – October 26, 1902) was an American suffragist, social activist, abolitionist, and leading figure of the early women's rights movement. Her Declaration of Sentiments, presented at the Seneca Falls Convention held in 1848 in Seneca Falls, New York, is often credited with initiating the first organized women's rights and women's suffrage movements in the United States.

I played some things that are new to me. Maybe they are new to you too? And a few golden oldies, too.

I crowdsourced this - many thanks to the fine people of Metafilter who made many excellent suggestions (and many of those suggestions are here this evening).

The Raincoats - "Fairytale in the Supermarket"

The Fastbacks - "Go All the Way"

Courtney Barnett - "Nameless, Faceless" - Tell Me How You Really Feel

Angel Olson - "Stars" - Burn Your Fire for No Witness

The Fastbacks - "Gone to the Moon"

Mazzy Star - "Wasted" - So Tonight That I Might See

The Fastbacks - "In the Summer"

Brody Dalle - "Don't Mess With Me"

Update Required To play the media you will need to either update your browser to a recent version or update your Flash plugin.
Topic tags:
Women, Music
Genre(s):
Eclectic, World - Ethnic, Rock and Roll, Electronic, Afro-Caribbean