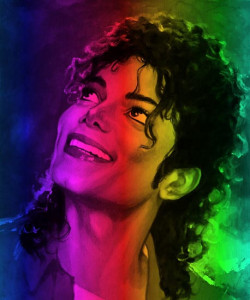 It has been a long journey honoring the teacher.  We remember the time (pun intended) we first had the idea to honor Michael in an episode dedicated to him, and it was thought of as a silly idea.  As we tend to focus on jazz (in particular) and less popular artists on our show, Michael Jackson appears to be an anomoly.  We appreciate him for many reasons though (much of it actually having nothing to do with his music); and our first tribute was actually such a success we made the decision to continue our dedicated shows.  A couple of years after our first tribute, he physically departed- a day which will never be forgotten, especially since we were doing a show on that day.  We had to switch up our whole show.

It has now been ten years since our first dedicated special, and we have never been short of anything to play, or to discuss.  Every time we've listened we heard something new in his messages, his cadence, his presence...  In our final year we want to focus specifically on the milestones of his artistic career, as well as the songs which have made a direct impact on us.  Some of these songs have been favorites of the show; there are others we have never played.

In the first part of the show we also are highlighting other members of the Jackson family... While we absolutely love Michael we do want to highlight the mass amount of talent displayed in the family.  While they have generally been dismissed as 'living in Michael's shadow'; the nine siblings combined have a shared experience of multi-instrumentalism, composing, arranging, acting, choreography...  and even some work outside of the music industry.

Thank you for sharing the love of teacher Michael and his messages with us all these years (both before and after his transition); we had a wonderful time being able to share this experience with you, and expanding the horizon of what his music and words mean.  To see that people could know his music beyond the Thriller album was one of the greatest gifts (for us) in terms of doing these shows.

Thank you Michael for sharing your gifts with us, and for allowing us to see those cracks, mistakes and vulnerabilities inside the perfectionist you were.  Those were some of the biggest lessons you have given.