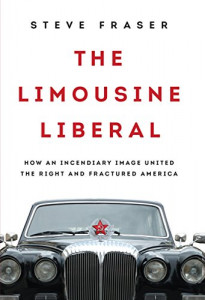 At 8, we feature Pulitzer-Prize-winning investigative journalist David Cay Johnston, author of the new book, "The Making of Donald Trump"

From 9 - 11, it's a special program on 'The Rise of the Fascist Right, and How We Fight Back' featuring journalist Arun Gupta of 'The Occupied Wall Street Journal', and historian Steve Fraser, author of "The Limousine Liberal: How an Incendiary Image United the Right and Fractured America".

At 11, Pacific Underground hosts a membership drive special, featuring writer Jeff Chang, author of "We Gon' Be Alright: Notes on Race and Resegregation".

In the afternoon, we'll hear consumer advocate Wendell Potter, co-author of "Nation on the Take: How Big Money Corrupts Our Democracy and What We Can Do About It," and we'll also hear from climate activist Bill McKibben in anticipation of his appearance in Portland on Saturday, October 22nd, at the First Unitarian Church in Portland.

At 3, Lisa Loving hosts the organizers of Meditations in Black: Nurturing our Well-being in the Midst of Racial Trauma.

At 4, Democracy Now with Amy Goodman and Juan Gonzalez

At 5 it's the KBOO Evening News, followed by a new program, The State of Cannabis, hosted by KBOO's own Ed Mellnick.

Then KBOO's feminist collective takes over the studio for Bread and Roses fom 6 - 7.

And the day will culminate with hard-hitting analysis and the latest updates on the effort to end police violence against communities of color on Hard Knock Radio, with host Davey D.

Remember to support KBOO, the station that provides a space on the airwaves for community discussion of current events, call-ins and analysis that challenges the dominant paradigm and encourages critical thinking on the issues of the day.