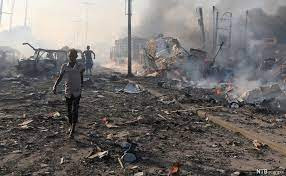 The dangers of human extinction have greatly increased over the last year. For one the Ukrainian struggle has intensified, with both sides threatening to use “battlefield” nukes. Second tensions between the U.S. and China have intensified with China militantly insisting on its right to govern its historic territory including Hong Kong and Taiwan and the U.S. promising to defend Taiwan. While the U.S. claims the right to dominate the Americas and replace governments it finds objectionable, it denies that right to Russia and China to dominate their historic territory. China a rising power deeply resents and will not accept these U.S. claims to global supremacy. Finally these struggles have diverted attention and resources from global roasting that climate scientists warn is leading to an uninhabitably hot climate. Still there are grounds for hope. In part two of an interview about democracy, conflict and global warming, Bill Resnick speaks with Bill Smaldone, a Willamette University historian. Smaldone is the author of Confronting Hitler and European Socialism, a Concise History with Documents. You can listen to Part 1 of the interview here.

Update Required To play the media you will need to either update your browser to a recent version or update your Flash plugin.
Download audio file
Topic tags:
Civil Rights/Human Rights, Environment/Climate, War/Peace, Global Affairs