A Message for China 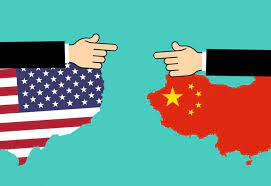 Why has the U.S. withdrawn its proposal for a negotiated settlement to the Ukraine war? What does the U.S. have to gain from an already defeated and weakened Russia? Why is the U.S. risking nuclear war?  Bill Resnick has a plausible answer: That U.S. political and military elites are sending a lesson to China: Don’t pick fights with the U.S. But it’s too late for that. China has become the second most powerful country in the world and is growing fast, much faster than the U.S. Bill Resnick, our Well Read Red, reads and comments on a New York Times Op-Ed, “America and Its Allies Want to Bleed Russia,” published May 11, 2022.

Update Required To play the media you will need to either update your browser to a recent version or update your Flash plugin.
Download audio file
Topic tags:
Global Affairs, Government/Politics, War/Peace