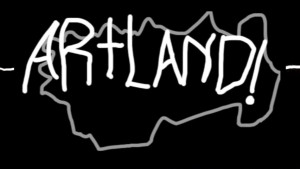 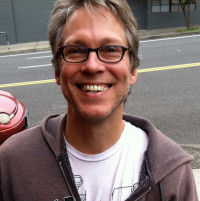 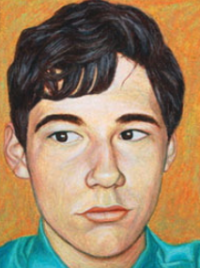 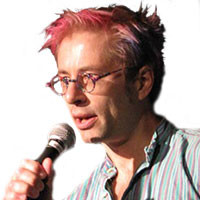 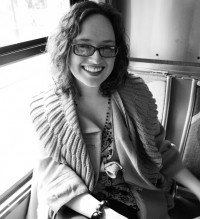 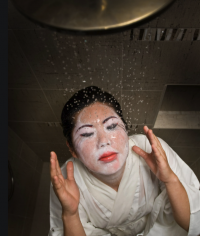 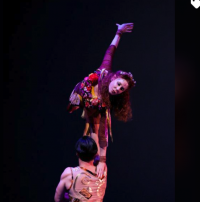 Encore of a year-long series of feature art stories.

Featured music by 3 Leg Torso at https://www.3legtorso.com/ (Catch their concert streamed by Alberta Rose Theatre on Dec. 19th at 7pm. "The Elves of Northern Frostland" is a musical play inspired by classic American TV holiday specials.  More at: https://albertarosetheatre.com/

Composer, Todd Barton, is also featured, his music is available at Todd Barton.com.

Producer Macon Reed speaks filmmaker Brian Lindstrom who makes films about people he says we put an “ex” through: ex-cons, people with long histories of drug addiction, mental illness, and homelessness. He uses his films to start conversations because he believes that when we witness another’s story, we can become invested in their lives. We hear about Lindstrom’s Alien Boy, a documentary about Jim Chasse, whose death in the custody of Portland law enforcement officers in 2006 caused an outcry about civil rights and interactions between police and the mentally ill. You can learn more about Chasse’s story and see a photo from the arrest here. Alien Boy is available on Amazon Prime at: https://www.amazon.com/Alien-Boy-James-Chasse/dp/B00HUQCA4Q

Lindstrom’s later project Dreamers, was a youth video project led in conjunction with the “I Have A Dream” Foundation (IHAD) and Lindstrom. The film profiles six teens who entered the IHAD program.

Writer, composer, filmmaker and visual artist A. Molotkov was born in St. Petersburg, Russia, and moved to the U.S. in 1990, switching to writing in English in 1993. His poetry collection, The Catalog of Broken Things, is just out from Airlie Press. Published by Kenyon, Iowa, Cincinnati, Massachusetts, Atlanta, Tampa, Raleigh, New Orleans and Cider Press Reviews, Pif, Volt, Ruminate, 2 River and many more, Molotkov is winner of various fiction and poetry contests and a 2015 Oregon Literary Fellowship. More at: https://www.amolotkov.com

Catherine J.H. Miller (now Catherine J.H. Hill) is an artist who was born legally blind and has been pushing the boundaries of gallery art while bringing much-needed attention to accessbility both for artists and patrons with physical challenges. Producer Tali Singer spent time  with Miller as she created her project, A Somewhat Secret Place: Disability and Art that brought artists of all abilities from the Northwest and Canada to create art and dialogue about disability. We hear about how Miller went from a doodling toddler to a graduate of the Pacific Northwest College of Art. Visit the installation at: “A Somewhat Secret Place: Disabilty and Art.” . https://asomewhatsecretplace.wordpress.com/

Fourth generation Japanese American Taiko artist, composer, choreographer and folk dancer, Michelle Fujii, talked with Dmae Roberts about her her solo performance, Choking. Fujii described the challenges of honoring cultural traditions while pushing the art form forward. She told us how she balances artistic preservation with innovation. Michelle Fujii is a fourth generation Japanese-American and the co-founder and co-director with Toru Watanabe of Unit Souzou. http://unitsouzou.com

Fujii also created a gallery installation that explored Fujii’s Japanese-American identity, and the experience of her parents and grandparents being incarcerated during World War II.

Pendulum Aerial Arts pushed through physical boundaries by suspending their dancers high above the audience. Macon Reed talked to former artistic director Suzanne Kenney about the personal struggles that led to her conquer her own fears to create beautiful aerial art and to build a company that  toured and created original work.   https://www.facebook.com/PendulumAerialArts

This project was made possible with funding from the Regional Arts and Culture Council.

Update Required To play the media you will need to either update your browser to a recent version or update your Flash plugin.
Topic tags:
Arts/Culture, Disability, Asian Pacific American, Poetry
Genre(s):
Arts and Culture