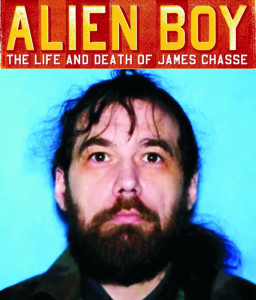 We remember James Chasse with voices from the film Alien Boy: the Life and Death of James Chasse.  We’ll also hear a discussion from a May 2020 online screening of the film led by film producer Jason Renaud and filmmaker Brian Lindstrom with newly elected Multnomah County District Attorney Mike Schmidt, and Rev. Dr. Leroy Haynes of the Albina Ministerial Alliance.

James Chasse’s lifelong battle with schizophrenia tragically ended in 2006 when he was brutally killed by Portland police officers after they deemed James’ behavior “suspicious”.  Eyewitnesses watched in horror in broad daylight as the officers tackled, beat, kicked and tazed James, then casually drank coffee with paramedics as he lay crumpled on the pavement with 16 broken ribs and a punctured lung. James had committed no crime. A troubled but gentle soul, James was an inspired writer, artist, and musician. He had been an integral part of the Portland punk rock scene before the onset of severe schizophrenia. In the years that followed, James waged a valiant struggle to live independently. Later, in the aftermath of James’ shocking and brutal death, his family was met with a series of frustrating road blocks while fighting to hold the policeman who killed James accountable for their actions.  The police officers who killed James were not held accountable; one of the officers was later elected sheriff of Wheeler County. The death of James Chasse helped launch an investigation by the U.S. Department of Justice that in 2012 found Portland police had a pattern of using excessive force against people with mental illness.

Alien Boy: the Life and Death of James Chasse is a feature-length documentary film by Brian Lindstrom; it was produced by Jason Renaud. It is about one man’s struggle with schizophrenia and the extraordinary brutality that ended his life. It exposes how Portland police beat to death an unarmed, mentally ill man who posed no threat. It is the story of a city in denial that was forced to face the truth and learn, grow and change as a result. Alien Boy explores issues of impunity, police brutality, and mental illness.  It is available for purchase on Amazon and available for viewing on Amazon Prime.

Thank you to Jason Renaud for permission to air audio from Alien boy.

Update Required To play the media you will need to either update your browser to a recent version or update your Flash plugin.
Download audio file
Topic tags:
Disability, Family, Law/Court/Crime, Police