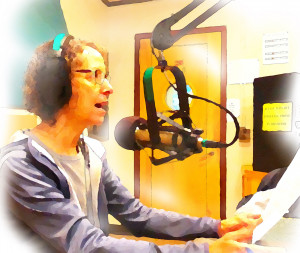 News, Reviews, and Interviews from a Socialist-Feminist Perspective

Laurie Mercier hosts this episode of the Old Mole, which includes these segments:

Mutual Aid in Portland: In this time of viral epidemic and lockdown many Portland groups are appealing for help, including the workers in our medical care and hospital systems for personal protective equipment, and the poor, the elderly, the houseless for life necessities. Bill Resnick speaks with Effie Baum, one of the spokespeople for Popmob about several Portland groups who have organized to give that Mutual aid. Donations to support this effort can be sent to Social Justice Action Center, Rosehip Medic Collective, and Q Center.

Organizing for a Better Future: Bill Resnick speaks with Kristian Williams, Portland writer, author of Our Enemies in Blue: Police and Power in America and a Board Member of the Institute for Anarchist Studies about how Mutual Aid and its projects challenge capitalist notions of human nature and capitalist prescriptions for the good society. For capitalism it's competitive and hierarchical, for much of the left cooperative and democratic.

A Piece of the World: Book mole Larry Bowlden reviews Christina Baker Kline’s 2017 novel, A Piece of the World. Probably most of you know about the famous Andrew Wyeth painting, Christina’s World—a rather enigmatic painting of a girl or young woman sitting on the ground and looking up at a lonely looking house. What Kline does is create a fictional persona for Christina, that wonderfully captures the desolation and yearning of the painting.

Animal Farm: Victoria Saucedo and Denise Morris review the 1954 animated film Animal Farm. While there have been several film versions of George Orwell’s 1946 Novel, the 1954 production is notable as a British-American collaboration with funding from the CIA as part of the “American cultural offensive during the Cold War.” This gave the CIA power to influence the presentation of Orwell’s ideas. Or did it? Victoria and Denise take a look at this “anti-communist Art” and challenge the idea that propaganda served its intended purpose. Click here to view the full movie on youtube.