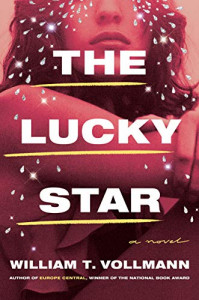 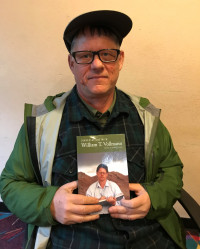 Host Ken Jones talks with William T. Vollmann, author of the new novel The Lucky Star, from Viking Press. Vollmann is the author of four collections of short fiction, a memoir, seven works of non-fiction (including the seven-volume treatise on violence, Rising Up and Rising Down), and 11 novels, including the National Book Award-winning Europe Central and the five books currently available in Bill’s Seven Dreams series of historical fiction. His journalism and stories have appeared in the New Yorker, Harpers, Esquire, Granta, and many other publications.

In an Esquire review, Mark Warren writes of Vollmann: “So mysterious are his motivations, so sweeping are his interests, so prodigious is his production, so vastly different is the thing he does from the thing that everyone else does, that he may actually be a visitor from another dimension, come to report, comprehensively, back to his home planet.”

Today's episode was recorded on March 1st, just before the COVID-19 pandemic shut down the KBOO studios to all but a small crew of staffers. Bill was in town for a reading at Powell's, and I think this is the only in-person interview that he did for the new novel. We're very fortunate to be able to bring it to you now.

Update Required To play the media you will need to either update your browser to a recent version or update your Flash plugin.
Download audio file
Topic tags:
Arts/Culture, Fiction, Gender, LGBTQ, Sexuality, Women
Genre(s):
Arts and Culture