What Is the Feet to the Fire Campaign? 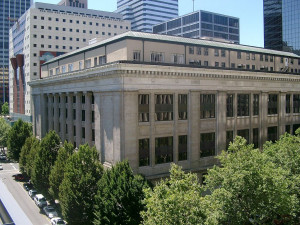 In the wake of the recent release of the autopsy report for Jason Washington, a 45-year-old man shot dead by PSU police officers in June, the seeming futility of seeking justice for police violence is again in Portland's public eye. The autopsy report comes just six days after the two PSU officers were cleared of all wrongdoing in the shooting death of Washington by a Multnomah County grand jury. Washington was shot at 17 times by Officers James Dewey and Shawn McKenzie, and hit by 9 of those bullets. Three bullets entered Washington's back. Bodycam footage [CONTENT WARNING] shows that the officers began firing 30 seconds after arriving on the scene, where Washington was trying to break up a fight between two other people. Allegedly, a handgun that Washington was holding for an inebriated friend fell out of its holster, and seeing Washington move to pick it up prompted the officers to fire.

The incident and its aftermath are familiar to anybody who follows police shootings in Portland or across the nation. A nonviolent victim; cops reacting with incomplete information; institutions refusing to take responsibility for tragic events; a dearth of public information; deference to the police point-of-view; sympathetic district attorneys and grand juries declining to indict officers; and police escaping not only punishment but basic acknowledgement of mistakes by claiming that they feared for their lives.

Few people are as familiar with the numbing repetition of these events as the families that make up Pacific Northwest Family Circle (PNWFC), a grassroots organization that brings Oregon and Washington families together to support those who have lost loved ones to police violence, and seek justice. On Saturday, September 22, members of PNWFC will be at the Multnomah County Courthouse at 1021 SW 4th Ave from 10:00 AM to noon, as part of the national Feet to the Fire Campaign. This is the 22nd "installment" of Feet to the Fire, which was begun by the national group POST (Protect Our Stolen Treasures). Feet to the Fire is a campaign of nonviolent protest that aims to put pressure on local district attorneys (DAs) to hold law enforcement accountable when they kill or injure civilians. The campaign also seeks committed candidates to oppose and replace incumbent DAs with a record of leniency towards police officers.

One of the founders and lead organizers of PNW Family Circle, Irene Kalonji, has been fighting for justice for her son Christopher--killed by Clackamas County deputies during a mental health crisis in 2016--alongside others in the Family Circle for over two years now. She spoke today with KBOO reporter Sam Bouman, and explained the origins and goals of the Feet to the Fire Campaign, and how people can get involved.

PNW Family Circle can be reached at info@pnwfamilycircle.org.