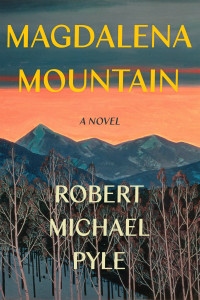 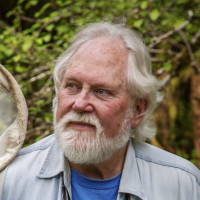 What do three Magdalenas – a woman, a mountain, and an elusive butterfly – all have in common? That’s part of the mystery in the first novel from award-winning naturalist Robert Michael Pyle: Magdalena Mountain, from Counterpoint Press.

Bob grew up in the high country of Colorado, where he developed a passion for nature in general, and butterflies in particular. He earned a Ph.D. in butterfly ecology at Yale University, and worked as a conservation biologist in Papua New Guinea, Oregon, and Cambridge. As an author, Bob has 22 works to his credit, including Where Bigfoot Walks, Sky Time in Gray’s River, Chasing Monarchs, Mariposa Road, and Wintergreen, which won the John Burroughs Medal for a distinguished book of natural history.

Magdalena Mountain was released last week, and we’re fortunate to have Bob on the line with us from his home in Grays River, Washington, to talk about his new novel. Bob will be reading at Powell's Books, the Cedar Hills Crossing location in Beaverton, this Wednesday, August 29th at 7pm.

Update Required To play the media you will need to either update your browser to a recent version or update your Flash plugin.
Download audio file
Topic tags:
Arts/Culture, Animals, Environment/Climate, Fiction
Genre(s):
Arts and Culture