The Holy Crowley Hour, Or Two 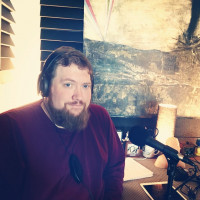 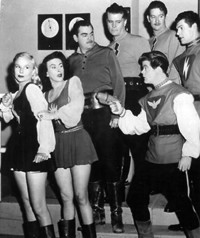 On tonight’s show, we explore outer space, which is looking pretty attractive right about now. Our guest is Christopher Hart, creator of the sci-fi podcast Exoplanetary. The podcast follows four members of the Wolverton family as they travel the solar system for a giant corporation – Exoplanetary – in the 26th Century. Along with Christopher, we’ll be joined in the KBOO studio by cast members Firiel Harbin, Bobby Eversmann, and Stephanie Leet.

In the second half of the show, we’ll go back even further in the past and forward into the future, as we play an episode from the 1950’s radio show Space Patrol, which takes place in outer space in the 30th Century. All this and the usual hodgepodge of comedy, novelty bits, and shameless promotion for Carl Crowley, who is now only the second most evil guy in the universe.

Update Required To play the media you will need to either update your browser to a recent version or update your Flash plugin.
Topic tags:
Arts/Culture, Corporations, Humor, Radio Theater, Science/Technology, Transportation
Genre(s):
Arts and Culture, Radio Theatre, Spoken Arts