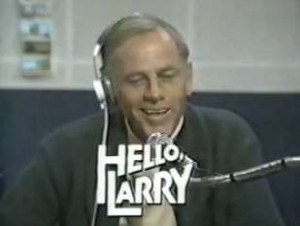 The sitcom Hello, Larry, which ran two forgettable seasons on NBC starting in 1979, featured McLean Stevenson as a radio talk show host and single dad raising two teenage daughters in Portland, Oregon. The show was voted one of the worst of all time by TV Guide. Number 12 to be exact. On tonight's Ubu Hour, we present a long-lost episode.