The Gap: These are not the data points you're looking for; mistakes we won't make again 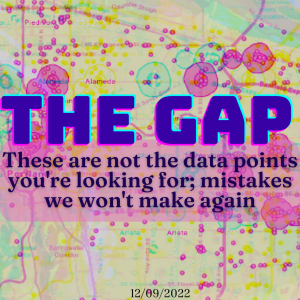 On this episode of The Gap, Tammy and Althea discuss a blunder by Portland City Commissioner-Elect Rene Gonzalez, who mistakenly claimed that a map of shootings in Portland lined up with houseless encampments. The map actually showed nothing of the sort, but that didn't stop Gonzalez from leaving the post up with the minor-est of corrections buried under false rhetoric. For the people in the comments saying, "Finally! Why hasn't anyone blamed gun violence on unhoused Portlanders before?" Probably because it isn't true!

We also discuss the raid on the "Shroom House," the short lived magic mushroom store on West Burnside. What did we think was gonna happen people? And why are we giving out full legal names when *technically* buying illegal drugs?

Plus, what on earth is going on in the Supreme Court?

Then, we ask our listeners, what is a mistake you won't make again? Deductables, government names, balsamic vinegar on top of the fridge!

KBOO is currently in our End-Of-Year Membership Drive, and if you like shows like ours, now is the time to donate! kboo.fm/give or text KBOO to 44-321.

Century Of Lies
Harm Reduction in Oregon and California