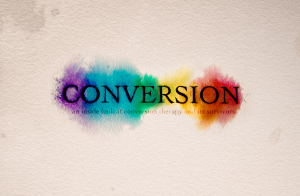 'Conversion' is a documentary following the journey of 5 survivors of conversion therapy, across the United States and Canada, as they move through the mental and physical fallout of ending conversion therapy. Conversion therapy, broadly speaking, is any attempt to change one's sexuality or gender identity through spiritual or psychological interventions. It's not supported by science and LGBTQ+ youth that experience conversion therapy are almost twice as likely to think about suicide compared to peers that haven't experienced it.

KBOO's Althea Billings speaks with Zach Minors, the Director and Executive Producer, and Dustin Rayburn, also known as drag queen Dusty Ray Bottoms, who has their experience featured in the film.

The documentary 'Conversion' premieres this Saturday, October 15th, at 12:30 p.m. at the Portland Film Festival, at Purple Shore Crab Theater. That will be followed by a panel discussion with the survivors featured in the film. Additional screenings throughout the festival can be found online at pdxff.com.

Find below the original air copy of the story, plus an extended cut of my conversation with Minors and Rayburn.