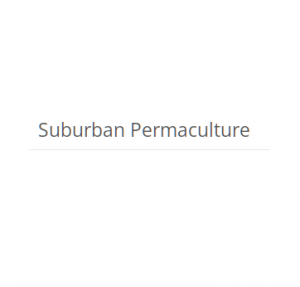 Lizabeth wrote the Pulitzer Prize Finalist book, A Consumers' Republic: The Politics of Mass Consumption in Postwar America. Published in 2003.

Part 1 Lizabeth describes her thoughts on the value of history to help us navigate the present and future and how we also can re evaluate the past given what has happened since then.

She describes the early years of the consumer culture, and its purpose to transform war time industry to social uplift and equality for all of America by way of an abundance of consumer stuff.

Jan asks Lizabeth how she would update the consumer culture since the book's publishing in 2003.

The interview pivots and becomes more conversational as Lizabeth responds saying the ideal of an equal opportunity consumer culture was left behind by new marketing specific to well off consumer, damaging the egalitarian ideal of mass consumption.

She also readily admitted, since 2003, she had become much more concerned about the social and environmental downsides of the consumer culture.

Both Lizabeth and Jan agree the profit and corporate driven economy was the source of many deep problems of society, including damage to the natural world.

Opinions diverge as Lizabeth favors a greater level of trust needed by society to allow elected governments to formulate policy and lead the country towards a more sustainable and equitable future.

Jan agrees that approach would be great but does not believe, for many reasons, the political and economic system would be capable of such a change in direction.

Jan points out, people can make deep changes in the lives, homes, neighborhoods and communities regardless of politics and policy. He also admits, the grass roots will likely not be able to steer the entire society enough towards a preferred future to avoid a great deal of social, economic and political disruption.

A big concern for Lizabeth is how to find jobs for so many people whose current jobs do not fit a more frugal future.

The tone of the interview is very cordial.

CAPF is series with a convergence of interests in economics, lifestyle, urban land use, sociology, the environment and permaculture.

Each program comes in a 58 minute version or two 29 minute Part 1 and Part segments recommended as monthly. Parts 1 and 2 can also be used during the same one hour schedule segment with a station break in between 1 and 2. Or, one half hour per month. Or, any way the station would like. Please check back to see new 29 minute programs!

Creating A Preferred Future advocates creating a preferred future, where humans live within the boundaries of the natural world and a society where bringing out the best in positive human potential is the goal.

The episodes focus on real life examples of people and projects [often as interviews] that point the way towards a preferred future.

Episodes also describe ideals, values, concepts, allies and assets that provide a structure for moving towards a preferred future.

Update Required To play the media you will need to either update your browser to a recent version or update your Flash plugin.
Download audio file
Topic tags:
Activism, Energy/Natural Resources, Environment/Climate