Not Another Fracked Gas Pipeline Expansion! 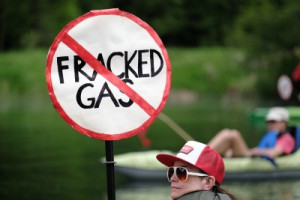 This program originally aired on March 14, 2022

The Pacific Northwest has fought off two methanol refineries in Washington and an LNG Export terminal and pipeline in Coos Bay, but the fracked gas industry still has this region in its crosshairs. TC Energy is full steam ahead with plans to expand its Gas Transmission Northwest (GTN) pipeline by 250,000 dekatherms per day, which is equivalent to the amount of gas necessary to service 1.2 million households each day. That’s an awful lot of gas to be piping into a region that is clearly moving away from its reliance on fracked gas. As we move towards electrification and away from fossil fuels, it’s clear that our reliance on gas to generate electricity and heat our homes is moving towards obsolescence.

On this episode of Locus Focus we talk again with Columbia Riverkeeper staff attorney Erin Saylor, about the campaign to fight TC Energy’s plans to lock our region into decades more reliance on fracked gas.

Update Required To play the media you will need to either update your browser to a recent version or update your Flash plugin.
Download audio file
Topic tags:
Activism, Community Building, Energy/Natural Resources, Environment/Climate, Government/Politics