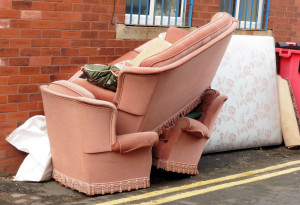 Jon Nelson hosts this episode of the Old Mole, which includes the following segments:

Evicted: Ever get evicted? A lot of people have, especially in a period of rents skyrocketing and people clamoring for apartments, especially in Portland because landlords have had the upper hand. But housing justice movements are responding. Cities across the U.S. have passed initiatives or ordinances to set up legal representation for all people facing eviction. This has transformed the balance of power. Renters can fight back. And in cities with legal representation evictions have greatly decreased. Now it's Portland's turn.The Eviction Representation for All (ERA) Committee is gathering signatures for a Multnomah County ballot initiative. Bill Resnick talks to Colleen Carroll of the ERA about evictions and the Portland campaign.

Wear a mask: COVID is a social justice issue and you should be wearing a mask at activist events, even outside; Frann Michel explains.

Ground Zero in the Battle for Abortion Rights: On August 2 Kansans will vote on a constitutional amendment that opens the door to laws banning abortion. Following a Kansas Supreme Court ruling that the Kansas Constitution guarantees a woman’s bodily autonomy and therefore legal abortion (although the court has let stand many onerous laws limiting access to abortion care), the Republican-controlled legislature crafted this amendment, misleadingly labeled “Value Them Both” as if women are included, and placed it on the August primary election when normally about 30% of Kansans vote.  Johanna Brenner interviews Ashley All, spokesperson for Kansans for Constitutional Freedom, a group organized to defeat the amendment, about how they are talking with people, turning out the vote, and building a broad coalition that bridges many divides.

The Taste of Ginger: Book Mole Larry Bowlden reviews the 2021 novel by Mansi Shah, entitled The Taste of Ginger. It’s a lovely novel about an Indian family who brings their children to the US for greater opportunities, but then wants them both to successfully assimilate and yet remain true to Indian traditions and culture, a culture that includes arranged marriages. Readers of Jhumpa Lahiri will love this author.