Ground Zero in the Battle for Abortion Rights 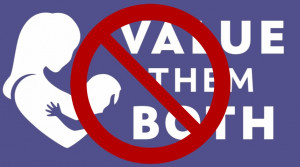 On August 2 Kansans will vote on a constitutional amendment that opens the door to laws banning abortion. Following a Kansas Supreme Court ruling that the Kansas Constitution guarantees a woman’s bodily autonomy and therefore legal abortion (although the court has let stand many onerous laws limiting access to abortion care), the Republican-controlled legislature crafted this amendment, misleadingly labeled “Value Them Both” as if women are included, and placed it on the August primary election when normally about 30% of Kansans vote.  Johanna Brenner interviews Ashley All, spokesperson for Kansans for Constitutional Freedom, a group organized to defeat the amendment, about how they are talking with people, turning out the vote, and building a broad coalition that bridges many divides.

Update Required To play the media you will need to either update your browser to a recent version or update your Flash plugin.
Download audio file
Topic tags:
Activism, Civil Rights/Human Rights, Government/Politics, Legislation, Women