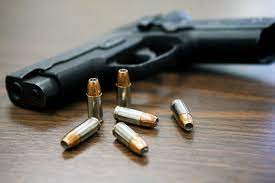 Want to reduce gun violence to stop mass shootings? Things can be done. Cesar Chelala offers a list of actions to reduce gun violence, but concludes with the observation: We need to move from a culture of violence to a culture of peace. Stranger things have happened. Chelala is a global health consultant and contributing editor for The Globalist, a journal published in NY and committed to Rethinking Globalization. He’s written learned reports in medical journals and for the UN and hundreds of articles in newspapers and magazines. Bill Resnick examines Chelala's ideas on reducing gun violence in his article entitled "Can the United States Curb the Epidemic of Gun Violence," which was published in Counterpunch on June 24, 2022.

Update Required To play the media you will need to either update your browser to a recent version or update your Flash plugin.
Download audio file
Topic tags:
Activism, Government/Politics, Law/Court/Crime