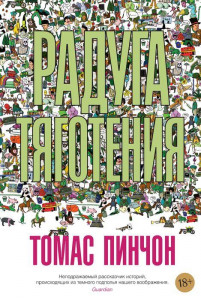 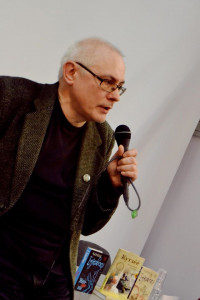 Jonesy himself has been under the weather for about a week and a half. It's not COVID, fortunately, but it's still somewhat of a mystery illness. While Jonesy undergoes a few medical tests, we decided to take some unpaid sick time and re-air an interview we did for KBOO's Between the Covers show back in February 2015. The guest is Max Nemtsov, a writer, translator, and editor based in Moscow. The interview took place via Skype, these were the pre-Zoom days, and during a much more peaceful time in that part of the world.

In our conversation, we talk about Max's work, the art of translation, the place of American literature in Russian culture, and, especially, about Pynchon and Gravity’s Rainbow. And we send our best to Max and hope he stays safe during this time of great suffering by both Russians and Ukrainians.

btw, our scheduled guest for today was Shawn Levy, author of the new book In on the Joke: the Original Queens of Standup Comedy, which will be released on April 5th. Shawn was very gracious in letting us move out the interview, and we'll get that on the show as soon as we can. In the meantime, you can catch Shawn, live and in-person, at Powell's City of Books in downtown Portland on Wednesday, April 6th at 7pm PDT.

Update Required To play the media you will need to either update your browser to a recent version or update your Flash plugin.
Download audio file
Topic tags:
Arts/Culture, Fiction, Film, History, Humor, War/Peace
Genre(s):
Arts and Culture