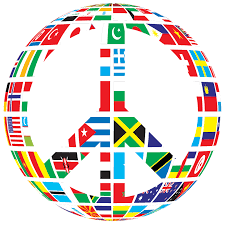 Denise Morris hosts this episode of the Old Mole, which includes the following segments:

War and Resistance: Bill Resnick talks to Alice Slater, Chair of the Board of Directors of World Beyond War about Russia’s attack on Ukraine, why it happened, how it might be resolved, and the role of a neutral Ukraine in the struggle over a unipolar versus and multipolar world. Bill and Alice also discuss Ukrainian success against a vastly superior Russian army, not just though unconventional guerrilla tactics but also through non-violent resistance and popular disobedience in Ukraine.

Labor and the Environment: Jan Haaken talks today with Cager Clabaugh, former President of the International Longshore & Warehouse Workers Union (ILWU) Local 4 about the successful fight in Vancouver against what would have been the largest oil-by-rail terminal in North America. Cager Clabaugh is featured in the Necessity film and will be joining other activists featured in the film at the Kiggins screening on March 20th. Cager talks with Jan today about the history of the fight against Tesoro-Savage and the importance of labor and environmental alliances in responding to the climate crisis. Click here to find out more about the March 20 screening.

Update Brazil: Luisa interviews activist and scholar, Jana Silverman, who holds a Ph.D. in Labor and Development Economics from the State University of Campinas (Brazil) and is currently a Post-Doctoral Scholar at the Center for Global Workers Rights at Penn State University. She has been active in the Fora Bolsonaro protests against Brazilian president Jair Bolsonaro. Luisa and Jana will discuss recent political developments in Brazil, including the coup against Dilma Rousseff and Lava Jato or Operation Car Wash, an anticorruption scandal that used lawfare to prevent Partido dos Trabalhadores, PT or Brazil's Workers' Party, from winning the 2018 election.