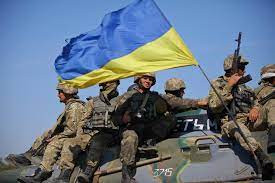 Since the disintegration of the Soviet Union, the U.S. led NATO has been advancing toward Russia by adding new countries, including Hungary, Poland, Romania, Turkey and placing military bases armed with nuclear weapons in some. NATO's overture to the Ukraine terrified and inflamed Russia and awoke its chauvinism. For historical reasons no Russian government could accept that. And now our armchair warriors and the military industrial complex have gotten what they have long sought, a new cold war weakening Russia and warning China not to extend its sphere of influence. Bill Resnick talks to David Finkel, editor of Against the Current and prolific writer on U.S. domestic and foreign policy, on the roots of the Ukraine war, how it can be contained short of world war, and how to revive the international peace movement aligned with climate action movements to avoid the great threat of climate apocalypse.