Voter Suppression & the Unequal Power of the White Rural Vote 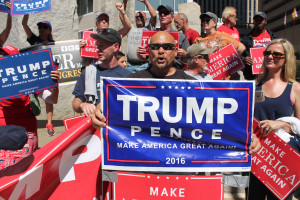 What does the Supreme Court's decision to allow Alabama to keep a new congressional district map that a lower court said violated the Voting Rights Act? What does it mean in the context of the outsized white rural vote's power in the electoral college?

This is the first ruling the Supreme Court has delivered regarding the redrawing of political boundaries with 2020 census results —A 2020 Census former President Trump called short and conducted in a worldwide pandemic. This ruling could also affect redistricting in other states that gained minority populations.

Justice Elena Kagan, in a separate opinion for herself and Justices Stephen Breyer and Sonia Sotomayor, Justice Elena Kagan, wrote the court went “badly wrong in granting a stay.” Accepting Alabama’s contentions, she said, “would rewrite decades of this court’s precedents” about the protections of the Voting Rights Act.

"It does a disservice to Black Alabamians who under that precedent have had their electoral power diminished — in violation of a law this Court once knew to buttress all of American democracy," she wrote.

In past years, the federal Voting Rights Act of 1965 required states with histories of racial discrimination to seek permission from the Justice Department or federal courts before new political maps could take effect. But the Supreme Court did away with that requirement in 2013.

From Utah and Arizona to the Dakotas, Indigenous communities struggle against efforts to suppress their ability to vote

Gerrymandering and how to fix it

Update Required To play the media you will need to either update your browser to a recent version or update your Flash plugin.
Download audio file
Topic tags:
Elections, Movement for Racial Justice, Civil Rights/Human Rights, Government/Politics, Indigenous