To thank the generous supporters of community radio in Portland, the Old Mole Variety Hour is sponsoring gift prints of one of Bette Lee’s photos to 10 lucky listeners who contribute during KBOO’s 2021 fall membership drive, which ends on October 16. To view Bette’s photos and learn details about the photo give-away, visit Thirty Years in the Streets of Portland: the Activist Photography of Bette Lee. 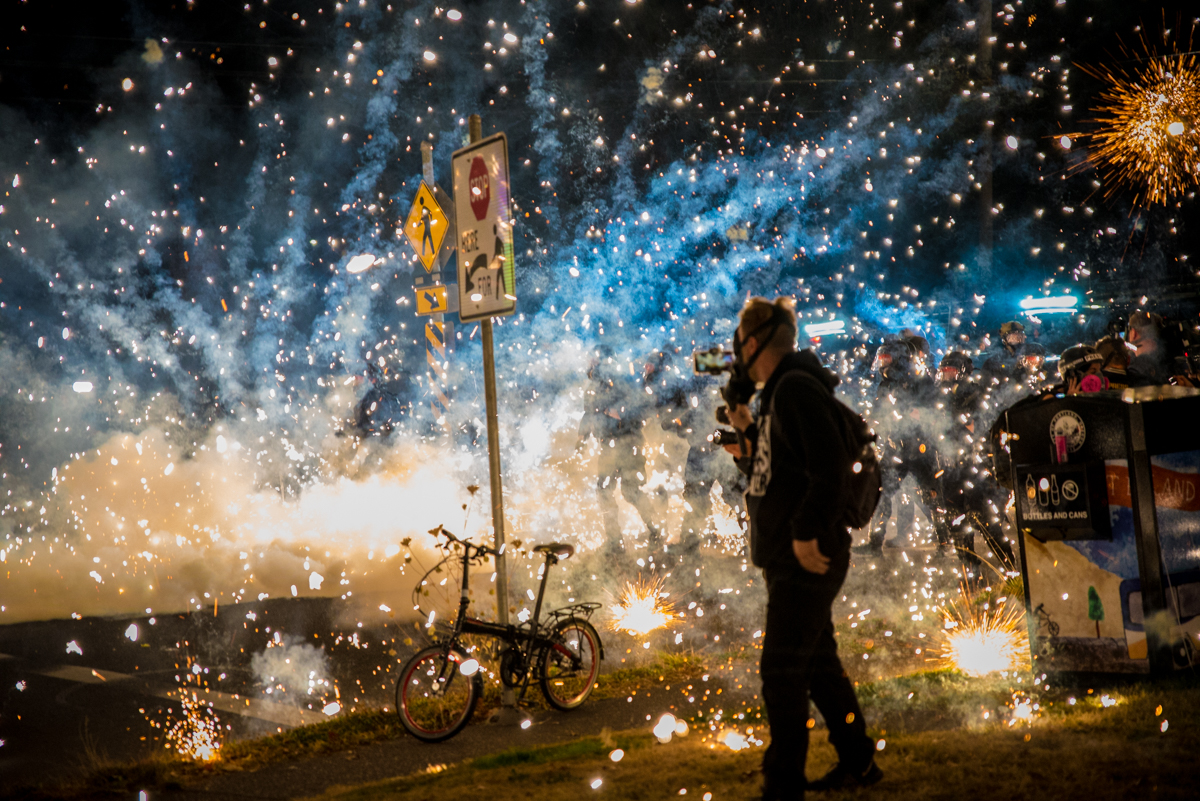 Patricia Kullberg hosts this episode of the Old Mole which includes the following segments.

Line 3—History and Hope: Last Monday, on Indigenous Peoples Day, the five-year frontline resistance to Enbridge's Line 3 suffered a defeat. Having finished construction on the pipeline, Enbridge prepared to start pumping the highly toxic tar sands oil from Alberta Canada through critical waterways and Anishinaabe lands in the Midwest. Jan Haaken talks with psychoanalyst and activist Maureen Katz, who spent weeks at the Indigenous-led camps. They discuss the historical importance of the StopLine3 campaign and the scope of state repression of the protests. They also take up the ongoing fight for climate justice, which includes honoring the losses and courage of those on the frontlines as well as sustaining the struggle.

Surplus Women: At the end of World War I there were so many young widows and unmarried woman that they were dubbed “surplus women.” Violet Speedwell is one of these women, and she joins a group of women called borderers, women who embroider kneelers for grand cathedrals. She crafts a life for herself along with many others like her. Book Mole Larry Bowlden reviews the 2019 novel A Single Thread  by Tracy Chevalier, a lovely story of friendship among women.

Readers on the Street: Diana Rempe and Sharon Grant discuss the history of Street Books, the library-on-bikes program for the unhoused in Portland and the formative relationships that develop because of it.

Rural Organizing Project Oregon: Bill Resnick interviews Monica Pearson, an organizer for Oregon’s Rural Organizing Project, serving 82 member groups in small towns and villages across the state who are organizing around a broad range of progressive issues. Pearson, who has lived her life in small towns, provides reasons for optimism, based on her daily conversations with small town people where she finds support for ROP’s Roadmap to a Thriving Rural Oregon, developed in a participatory process of its members. To get that message across and counter right wing populism the ROP and its members are setting up a media network as well as neighbor to neighbor campaigns.