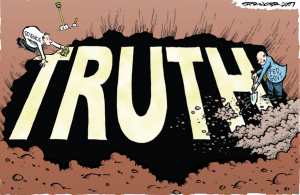 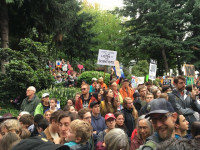 Science has been under attack in a big way for the past few years. But while most of us are focusing on right wing attacks on mainstream science such as climate chaos and Covid vaccines, there is a longer history of scientists who are persecuted for challenging mainstream paradigms that benefit the captains of industry and their academic and political allies.

On this episode of Locus Focus, we talk with Dominick DellaSala, chief scientist with Wild Heritage in Ashland, OR, who has edited a new book called Speaking Truth to Power: Conservation Science and Advocacy for a Planet in Peril, a collection of essays by and about dissident scientists, especially in the field of forest science, who have fought to get their research published and respected despite brutal attacks by the gate keepers of convention.