The Gap: Non-unanimous Juries with the Still in Prison Campaign and Shame and Good Behavior 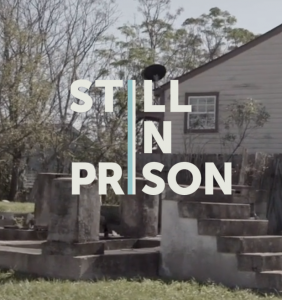 On this episode of the Gap, Tammy and Althea interview Gregory McKelvey, an organizer with the Still in Prison campaign, and Ben Anderson-Nathe, a Jewish community member who is supporting the campaign. We learn about the racist and antisemitic history of non-unanimous juries in Oregon.

The Supreme Court ruled in Ramos v. Louisiana, that non-unanimous juries are unconstitutional going forward, but have left the question of retroactive change up to the states. The Still in Prison campaign seeks to give people who were convicted by a non-unanimous jury an opportunity for justice. They have put pressure on the State Attorney General to take action, who has in turn said that the remedy for retroactive cases needs to come from the legislature or the State Supreme Court.

On August 12th, Jewish community organizations from across the state are hosting a teach-in to educate community members about the role antisemitism has played in the law's history and how they can push for change.

Then, we discuss the "name and shame" tactic used by the health ministry in Tokyo, to punish nationals who broke quarantine after traveling abroad. We ask our listeners what they think of that policy and its potential effectiveness, and if they've ever been shamed into "good behavior."

Update Required To play the media you will need to either update your browser to a recent version or update your Flash plugin.
Download audio file
Topic tags:
Activism, Movement for Racial Justice, African American, Civil Liberties, Law/Court/Crime