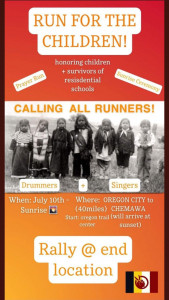 Native American activists from across Oregon gathered this weekend for an event calling for justice for the children who died at Chemawa Indian School in Salem.

KBOO's Jenka Soderberg was there, and brings us this report.

The Chemawa Indian Boarding School in Salem is one of only four Native Boarding Schools for high school age students that are still active and open in the United States. The school opened in 1880, and has had a long history of abuse and neglect of the Native children who were sent there - many of whom were taken from their families by force. 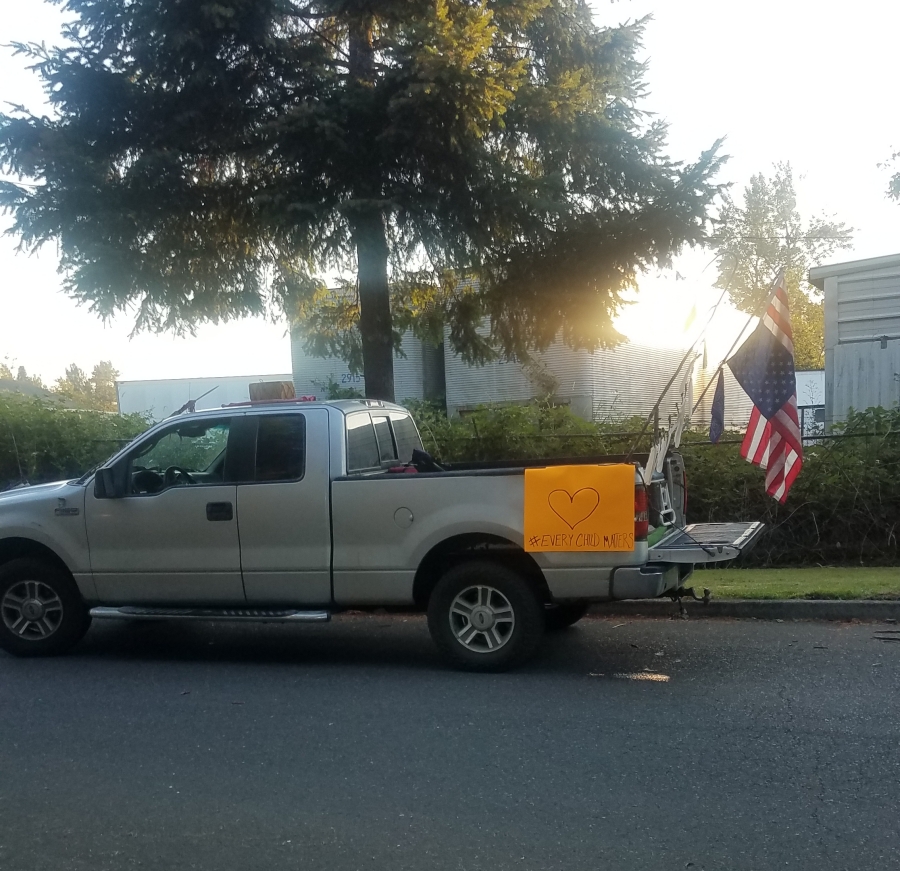 A recent study conducted by Native scholar Marsha Small found over two hundred human remains at the Chemawa School - many of which are in unmarked graves. Zelma Walsey led the opening prayer at Saturday's event. Zelma and her five children, the youngest of whom is just nine years old, were among the runners passing the baton from Oregon City to Chemawa School in Salem. She is also an alumnus of Chemawa School herself.

The runners wore  orange t-shirts that read '215' - indicating the number of children's bodies that have been discovered buried on the school grounds.
After passing the baton throughout the day, the group reached Salem late in the hot afternoon, and held a rally and a ceremony to honor the children who died at Chemawa, and those who survived.

U.S. Department of the Interior Secretary Deb Haaland, the first Native American to hold that office, has called for an investigation of federally-run Native Boarding schools across the US, which will likely include an investigation of Chemawa Indian School in Salem, Oregon.
The Oregon group is organizing under the hashtag #EveryChildMatters on social media. 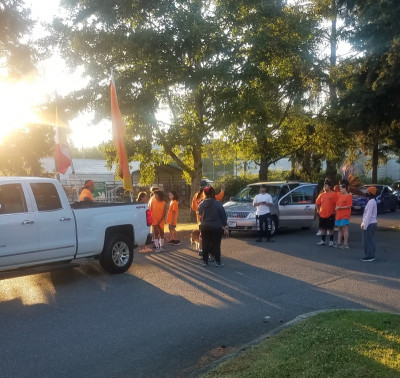 Update Required To play the media you will need to either update your browser to a recent version or update your Flash plugin.
Download audio file
Topic tags:
Activism, Civil Rights/Human Rights, Indigenous