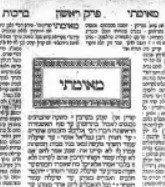 In honor of June 13th, I have dedicated the show to mitzvas.  Though we neither have the Roman goddess of Juno, nor the secular month, it makes a cool numerical equivalent.  According to tradition, there are 613 Mitzvos, or commandmants.  248 mitzvas that Jews are supposed to do, and 365 mitzvas that Jews are not supposed to do.  Some say that the negative ones are freebees.  We collect them all the time, when not in violation of the negative commandment.  Oy!!  Don't worry, the show is about the music.  I leave the dogma to my Canaan dog, Teddy - The Dogged Schmeast!!!  True story.

Update Required To play the media you will need to either update your browser to a recent version or update your Flash plugin.