Youth climate activism: from the courts to direct action 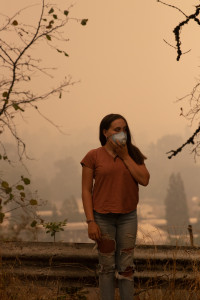 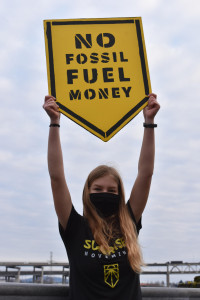 Avery, a plaintiff in the Our Children's Trust federal lawsuit, and Adah, with Sunrise PDX, join host Paul Roland

(No call-ins today, sorry! All the studio lines will be occupied by the host and guests. For questions and comments to the host, go to KBOO Wednesday Talk Radio on Facebook)

Before Covid hit us, youths like Greta Thunberg, plaintiffs in a number of landbark youth climate lawsuits, and the Sunrise Movement were leading a renewed fight against the global warming threat and the institutions that feed it. But the Covid pandemic and the massive social/economic disruptions it caused have so dominated the world's attention that the climate change crisis and climate activism have taken a back seat. Now with the pandemic abating (at least in the U.S. and much of Europe) and a Biden administration and Democratl-controlled Congress more open to taking seriously the global climate threat, we take a look at where the youth climate movement is at, with two young guests representing two important parts of that movement.

Avery M. is 15 years old and lives in Eugene, Oregon. In 2014, she received the National Coalition Against Pesticide's Rachel Carson Award. This award honors individuals who are making an on the ground difference in their community and inspiring others to do the same. Avery joined the federal lawsuit (Juliana vs. US) filed by Our Children’s Trust in 2015. She is now in the environmental club at her high school, and continues to help organize rallies in her hometown. She loves nature and spending time outside. This includes hiking, swimming, exploring, and trail riding on her horse. Avery has two pet rabbits, some chickens, and a sweet dog. In her spare time she loves to get outdoors and watch the sunsets with her family.

Adah C. is currently a 9th grader at Grant High School, and has been organizing with Sunrise PDX for about 8 months . She's the co-captain of their transportation and housing campaign, which has been working to oppose ODOT's proposed Rose Quarter freeway expansion--an $800 million proposal to add more lanes to I-5, which is right next to her former middle school, Harriet Tubman, and is already heavily polluting the air there and in the surrounding neighborhood.  She says,

The project is also a disaster for climate--with 40% of our state's emissions already coming from transportation. Tomorrow is also the third of Sunrise's bi-weekly strikes outside the ODOT regional headquarters downtown, where we are gathering to demand an end to ODOT's freeway expansions and call attention to their inaction on climate change.
I'm also very passionate about climate justice education and bringing more young people into the movement, so when I'm not opposing freeway expansions, I work with Sunrise's recruitment and onboarding team as well.

Update Required To play the media you will need to either update your browser to a recent version or update your Flash plugin.
Download audio file
Topic tags:
Activism, Environment/Climate, Global Affairs, Government/Politics, Youth