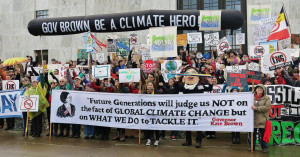 For nearly 17 years Oregonians have been fighting to stop the massive Jordan Cove LNG export terminal from being built on Coos Bay, as well as its companion 229 mile pipeline that would cross much of Southern Oregon. In the past year, this struggle has begun to pay off.

On this episode of Locus Focus we talk with Allie Rosenbluth, campaigns director with Rogue Climate in Jackson County, about the latest developments that point to the imminent demise of the Jordan Cove LNG Export terminal and pipeline.

Drinking from Puddles
Drinking From Puddles for 09/15/2021

END_OF_DOCUMENT_TOKEN_TO_BE_REPLACED

Drinking from Puddles
Drinking From Puddles for 09/15/2021