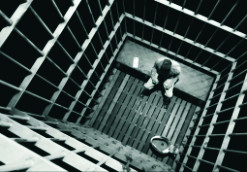 Stenson discusses the improved treatment of adults in custody with mental illness.  As of January 2020, Disability Rights Oregon found that, while overuse of solitary confinement remains a concern, ODOC had achieved these key goals:

o   Of the “long-term” residents (i.e., men who have been in BHU for more than 18 months) approximately four per year were transferred to a less restrictive housing unit;

o   Incidents of extreme self-harm and traumatic cell extractions that were once common in the BHU were rare; and

o   BHU residents received more effective mental health treatment in a new building that allows them to do so with a level of dignity and confidentiality that was impossible when the agreement was signed in 2016.

Behind the 11th Door Behind-the-Eleventh-Door-Electronic-Version.pdf (squarespace.com)