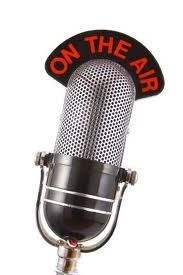 There is always a lot going on under the roof here at KBOO, and sometimes it's hard to know what's happening! Here are a few highlights I'm looking forward to in the next few weeks:

Monday Feb 4th Fortunato will be hosting the Three Ring Circus that is the Monday Sampler! Between 2pm and 4pm we'll squeeze in 2 live band, Raf and We are Like the Spider, as well as a visit from Pinball Keith!

Later on February 4th , Karen James of the Prison Pipeline Collective will speak with Shannon Wight, from the Partnership for Safety & Justice and Karen Meurer, Phoenix Rising Transitions, to discuss the newly released Oregon Public Safety Commission's report and recommendations for prison reform.

Tuesday February 5th at Noon we'll begin our partnership with Portland Community Media. They will be in studio filming Buscando America for later broadcast on their cable network!

Wednesday February 6th at 6pm we'll have our monthly show Treasures from the KBOO Archive, featuring an interview conducted by George Page in 1977 and a speech recorded in 1992 of Dick Gregory at Reed College.

Many of you know that PDX Jazz Fest takes place from February 15th through the 24th and on February 13th from 2-4pm, Bob Riddle, host of Jazz in the Afternoon, will be speaking with PDX Jazz Festival Managing Director Don Lucoff.

We are also always developing programs, specials, artists, etc. One such program that we are working on, although not confirmed yet, we are in discussion with a public-education/grassroots lobbying non-profit in California and are considering co-producing and/or co-hosting a “special” program with partners in community radio stations across the country, such as KPFT in Houston, KZMU in Moab, Utah, and KGNU in Boulder, CO.

The program will be a national town-hall meeting (via a national conference call that will be broadcast, live) in which citizens will have the opportunity to work with each other, the co-hosts, our expert guests (economists, defense budget and energy policy experts) and congressional representatives with the goal of developing a citizen-created blueprint for national jobs legislation (that is funded by defense budget cuts and accompanied by appropriate energy legislation).

We have never produced a program like this before, but we are excited to push the envelope, and test possibilities.

We also are here to serve you, dear community! Please let us know at any time if you have feedback, comments, criticism, praise, etc. I can be reached at program@kboo.org. Thanks always for tuning in!